You are here:
Cosmos Dialogue 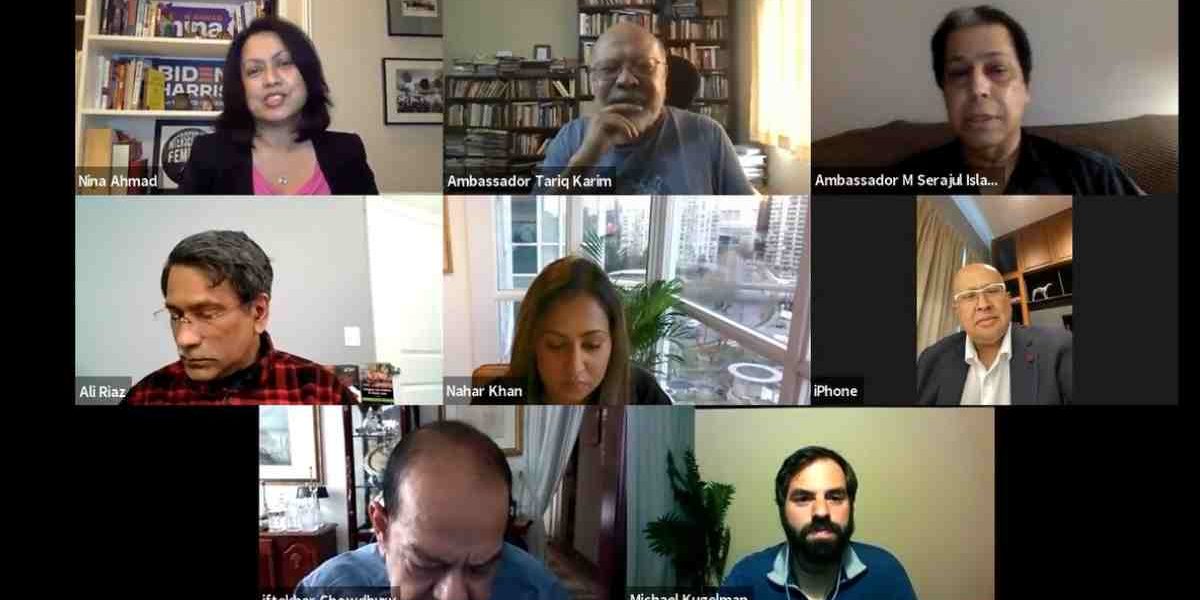 Experts from Bangladesh and the United States have been brought together for an online symposium hosted by the Cosmos Foundation to assess the Dhaka-Washington relationship in its present context and identify the challenges and opportunities that lie ahead in the effort to take it forward.

The keynote address at the symposium titled ‘The Biden Administration in the United States: Prognosis for the Future of Bangladesh-US Relations’ will be delivered by Michael Kugelman, Deputy Director of the Asia Programme and Senior Associate for South Asia at the Wilson Centre in Washington, DC.

Chairman of Cosmos Foundation Enayetullah Khan will deliver the opening remarks at the event, which is set to premiere on the Facebook page of Cosmos Foundation this Saturday, April 3, at 8PM BdST (10AM EST). Renowned scholar-diplomat and adviser on foreign affairs to the last caretaker government Dr Iftekhar Ahmed Chowdhury will chair the session.

The symposium is the latest instalment in Cosmos Foundation’s flagship ‘Dialogue’ series, in which a high-level expert panel is tasked with tackling pressing issues of the day, that has continued through the pandemic.

Apart from the names mentioned above, the panel of discussants for the latest edition will comprise Ambassador Tariq Karim, Dr Nina Ahmad, Dr Ali Riaz, and Ambassador Serajul Islam.

The full video of the event will be available for viewing on the Facebook page of Cosmos Foundation, and (elsewhere) from Saturday, April 3rd, 8PM BdST.

Before the pandemic hit, two-way trade between the United States and Bangladesh touched a record $9 billion, with the US remaining the largest single-country export destination for Bangladeshi products.

The potential of a relationship grounded in strong economic ties is proven, and the long-discussed US-Bangladesh Business Council is now very close to reality, with the US Chamber of Commerce set to host its launch in the first week of April.

Bangladesh’s upcoming graduation from the list of Least Developed Countries has been well noted in the US media, and the Biden Administration’s outreach to Dhaka in Washington’s renewed commitment to fighting climate has been notable.

Against this backdrop, Cosmos Foundation, the philanthropic arm of conglomerate the Cosmos Group, brings together the finest minds to arrive at a prognosis for the future of the relationship, in line with its commitment to eliciting strategic insights and policy solutions for Bangladesh as it charts its course toward a future that is ever-brighter.